MA in Translation Studies
Founder Member of the Institute of Translation and Interpreting, London
Official sworn translator and interpreter at the Civil Courts, Rome
International Association of Professional Translators and Interpreters (IAPTI)
Examiner and Moderator in the ITI Admission Examinations 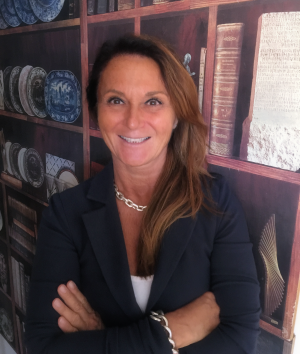 I am a fully qualified Founder Member of the Institute of Translation & Interpreting (ITI) and Member of Mediterranean Editors and Translators (MET).

Translation is my life-long passion. I have a MA in Translation Studies from the SSIT University of Rome, my Master’s thesis was the translation of a textbook on Paediatrics.

After a few years at Fininvest, I set up as a professional freelance translator and moved to London. Amongst my clients were the Italian Embassy in London, RAI UK, and translation agencies.

Later in my career, I worked for the Universities of Padua, Brescia and Rome in Italy, translating medical abstracts, textbooks, clinical trials and patient notes. I spent the first 10 years as a freelancer working closely with medical researchers, surgeons and academics at several Italian universities, translating scientific papers and publications. I tackled highly specialised texts such as surgical procedures, surgical instruments, diagnostic equipment, clinical trials and scientific reports into Italian. It was a very intense learning curve and a major stepping stone to establish myself as a freelance translator.

I am a Founding Member of ITI since 1996 and was a Member of the Institute of Linguists.

I was Visiting Professor in the MA Course in Medical and Legal Translation at the University of Westminster, London, from 2016 to 2017 and from 1995 to 2000. Mentoring and teaching are extremely rewarding and inspiring.

I have been Examiner and Moderator in the ITI Admission Examinations for a number of years, as well as Mentor in the ITI Mentoring Scheme.

I am now in the process of applying for Fellow membership of ITI.